The third edition of the book Gothic Line Bloody Red, published in Montese (Modena) in July 2022 by the publisher Il Trebbo, has been expanded to 216 pages. adding a further chapter of letters sent by a soldier to his wife in America in which the fears, anxieties and uncertainty of the future are perceived. The book also includes a chapter with photographs and related geotags of the main monuments and plaque dedicated to the 10th Mountain Division and, in particular, to some of its soldiers.

The spirit of this book, the first edition was published in 2016 ten years after the previous publication In My Father’s Foxholes and Footsteps, is focusing on the memories and photos by Cruz Rios, Company K, 87th Regiment, US 10th Mountain Division in 1943/1945, follows the same motivations.
Gothic Line Bloody Red takes life from another collection of color photographs which crossed the atlantic Ocean thanks to Stephanie, wife of William Ferguson in force, in 1945, to the medical detachment of 2nd Battalion, 86th Regiment which allowed us to use them for this book, and Val Rios.

As in the previous book this photographic heritage, set with memories of officers and a soldier of the 10th Mountain Division, could not go forgotten - or lost - because it is a testimony of a dark chapter but certainly the most important in the recent history of our country. More than in black and white, the numerous color photos pass on aspects of life and places so changed as to be unrecognizable or unknown to the younger generation.

Of this first and only “Alpini” Division of the American Army, framed in the V American Army and deployed in front of the German soldiers of the 232nd Infantry Division that defended the second line of defense of the Gothic Line on high ridges Apennines between the provinces of Bologna, Modena and Pistoia, has relatively little spoken in Italy and especially in a piecemeal way ignoring the overall picture; this is why the first chapter is devoted to the history, until 1945, of the 10th Mountain Division.

In this edition, two new chapters have been added: the first of some letters sent by a soldier to his fiancée in America in which the fears, anxieties and uncertainty of the future are perceived; the second contains geotagged photographs of the main monuments dedicated to the 10th Mountain Division and, in particular, to some of its soldiers.

The last chapter is dedicated to the Iola di Montese' Museum: Memorie d’Italia 1939-1945. The collections of equipment, uniforms, weapons and objects used daily by soldiers of the opposing armies well reflect the weaknesses and strength of the respective technologies, logistics and industries of the belligerent nations.
Two rooms of the museum, recognized in partnership by the Association of 10th Mountain Division Descendant, are dedicated to the U.S. Army soldiers with emphasis on the specific equipment of the “Mountaineer”.

The book, whose texts are both Italian and English, consists of 216 pages of which 76 are dedicated to the color photos, 59 are unpublished, shooted between May and August 1945 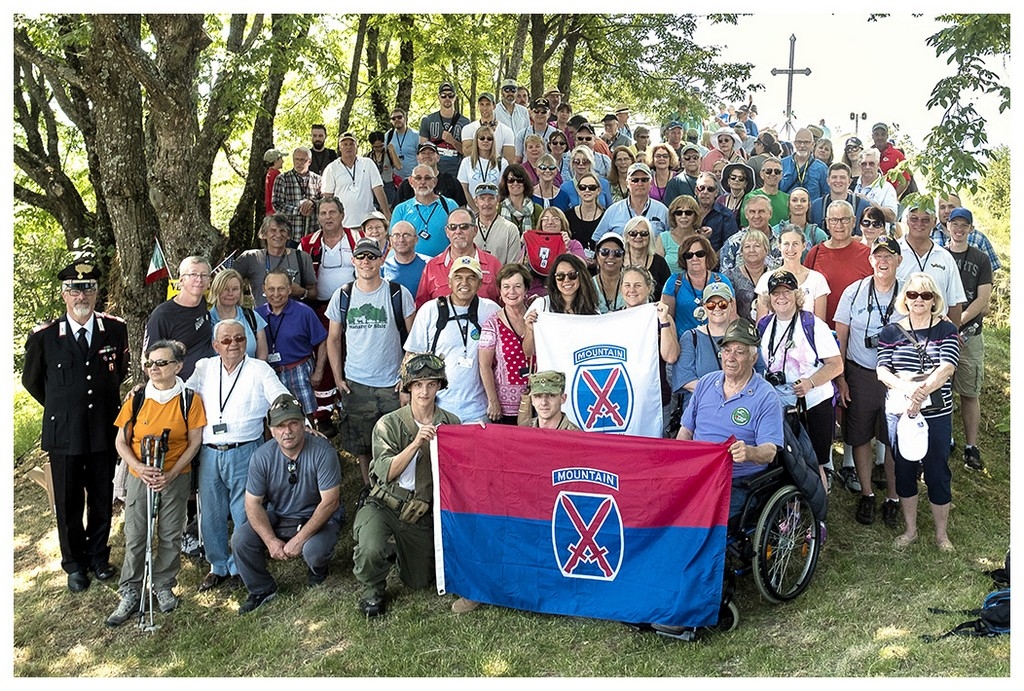 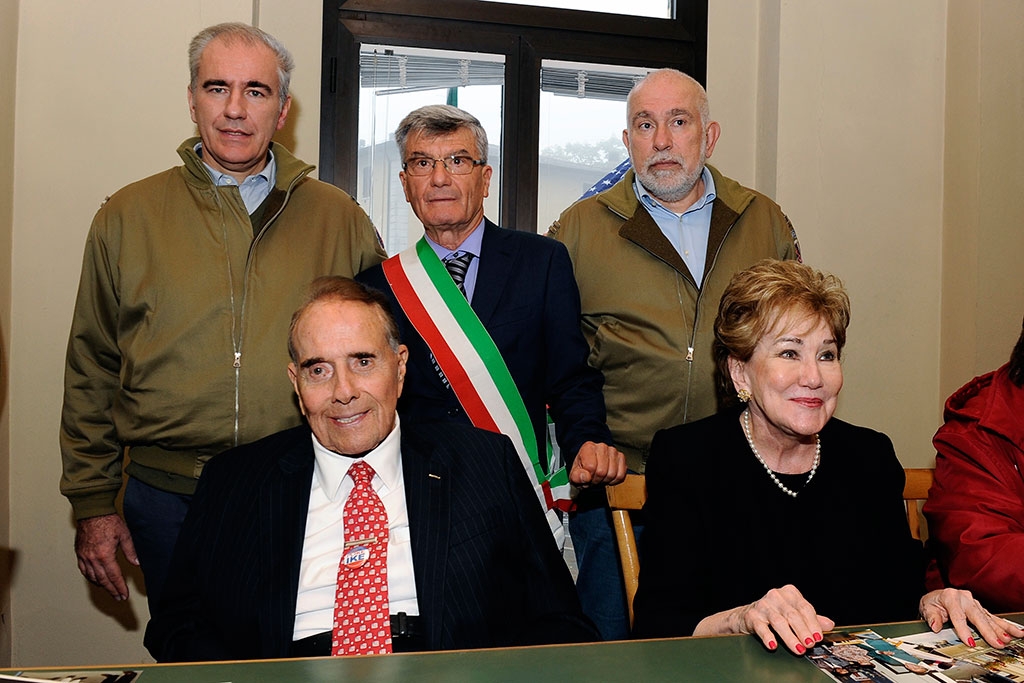